Secrets behind the walls of the Oradea Fortress

We know that the Battle of the Nations is getting closer every day, and we are all looking forward to it. We also know that it will take place in Romania, in the beautiful fortress of the city of Oradea. However, what do we know about this fortress? Our correspondent did a little research and here is what we found out.

During its long life, the fortress has experienced a lot. There were holidays, worship and bloody battles. And the very appearance of the fortress is shrouded in legends and myths.

For example, the legend of the end of the 11th century tells us about the King Ladislav of Hungary, also known as “the Holy”. Some day he decided to go hunting, and he set a camp to spend a night in the picturesque place. He saw a dream where the Virgin Mary appeared and told him to build a church right in this place. After Ladislav had woken up, he decided to raise the church no matter what, and did it. Here the legend meets facts.

The first mention of Oradea Fortress dates back to the 12th century. King Ladislav the Holy was the one who built the first monastery here, dedicated to the Virgin Mary. The medieval fortification was built about 1241, and the walls of the fort were also dedicated to the Virgin Mary. Given its favorable location, the fortress was the target of many armies that came to these lands with a war. The Tatars conquered the fortress, followed by the Ottomans later on, and the Habsburgs troops recovered the fortress in 1692. Every conqueror left a mark in the history of this place.

According to ancient sources, there was a Gothic palace on the territory of the fortress, dated about 1307. Also, findings tell us that there was a Gothic cathedral. But the numerous battles and wars have almost erased the Gothic period from the face of the Fortress.

Then the palace of the Renaissance was built here, and now it is one of the most significant buildings that can be found in the Oradea Fortress. Of course, we should mention that a series of bastions were built between the 16th and 18th century. 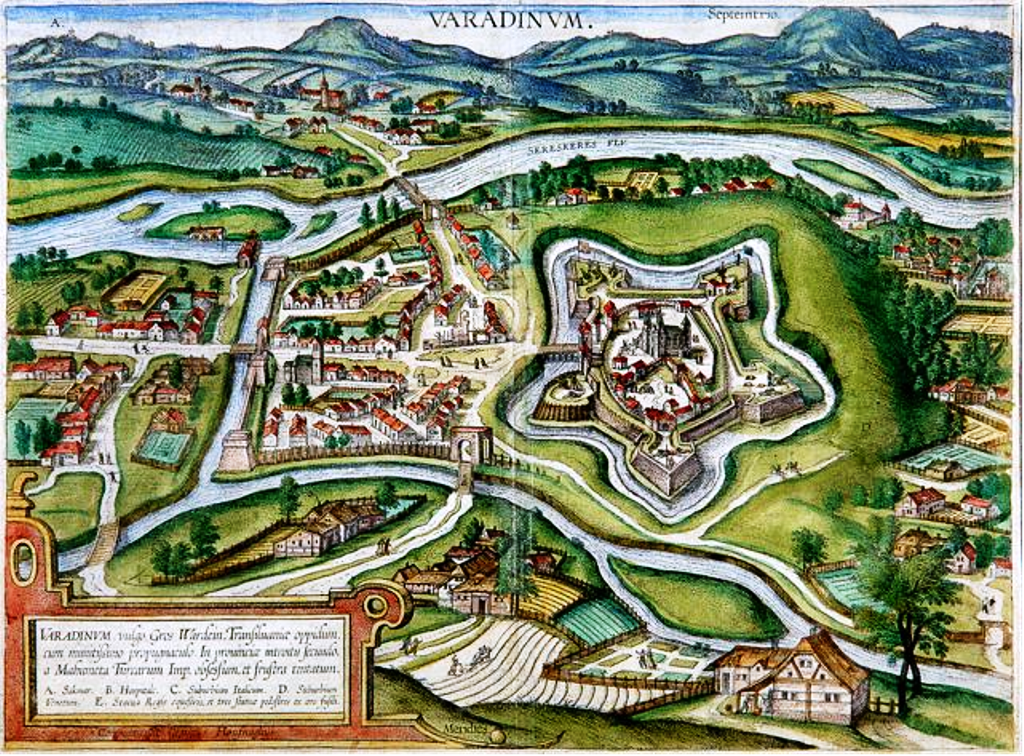 The palace had two periods of reconstruction: between 1620-1629 and about 1638-1648. The palace unites all the standing bastions. Furthermore, the bastions have their own names: the Crăișorul Bastion, the Golden Bastion, the Red Bastion, the Bethlen Bastion, and the Ciunt Bastion.

It is also worth mentioning that in this place between 1445 and 1667 the Astronomical Observatory, that was in the Fortress from the 15th century, determined the Zero Meridian.

For sure, all these battles, that had taken place in the wall of the Fortress, were destructive. The building was damaged, yet the walls and all 5 bastions survived, and today tourists and locals can admire them and even walk around the territory of the fortress.

At the same place where the first church named by Virgin Mary used to be, a Roman Catholic Church in Baroque style was built. The creation of Lodovico Marini appeared in the period between 1775 and 1777. It is also the place where King Ladislav the Holy is considered to be buried. Today, the fortress functions as the Institute of Visual Arts of the University of Oradea. Also it is the place where the different medieval festivals are held and you can come here, spend time relaxing and admire its beauty. But in a few months the Fortress will host the biggest and the most important HMB event of the 2 year period – the highly anticipated HMB World Championship, Battle of the Nations.