09 Dec 2018 15:46
Brazil had one of the most important events of the season. The Silver Sword tournament took place on November, 24 and 25 at Medievale – Medieval Fair, organized by Mundo Medieval Brazil, had Buhurt Challenger status. Its results will be taken into account in the general statistics of the teams in the Buhurt League system and, in addition, the tournament will be the starting point in the formation of the Brazilian National team to participate in the Battle of the Nations 2019 in Serbia. Daniel Felipe, HMBIA marshal, told about the Silver Sword tournament in details. Official results of the tournament are:

Each team represented different regions of Brazil. Also we can mention that S.C.A.M. is the team that the team has not lost a single tournament in Brazil, since 2015 when HMB sport had begun here. Daniel Felipe noticed, that organizing Silver Sword tournament they tried to make it as closer to the HMB World Championship as possible. They had lists with the sand inside , presence of international marshals and fighters, lots of fights and great moments shared.

Daniel Felipe:
“All the fighters devoted themselves to show up and make it happen. We finish this year with great style, once we had two tournaments with all brazilian fighters. In April and November. It makes us believe to be on the right way to develop HMB in Brazil. It was a glorious weekend to be not forgotten in Brazil. We may all close our eyes and return to those days as a moment full of shared joy, honor, learning and fun”. This HMB event also is a stage of forming the National team of Brazil. New captain João Zerbinatti could also see all his fighters at the Battlefield and surely has strong first impressions for what should be the base of National team, to be selected at a further tournament.

The Silver Sword had a number of workshops. Infamous world champion Sergey Ukolov headed his fighting seminar and it was a great achievement for Brazilian fighters, realising what they need to do to improve their skills. Daniel also told that they are planning to invite Ukolov next year for a whole week-long intensive workshop, preparing brazilians for the ultimate tournaments all over the world. 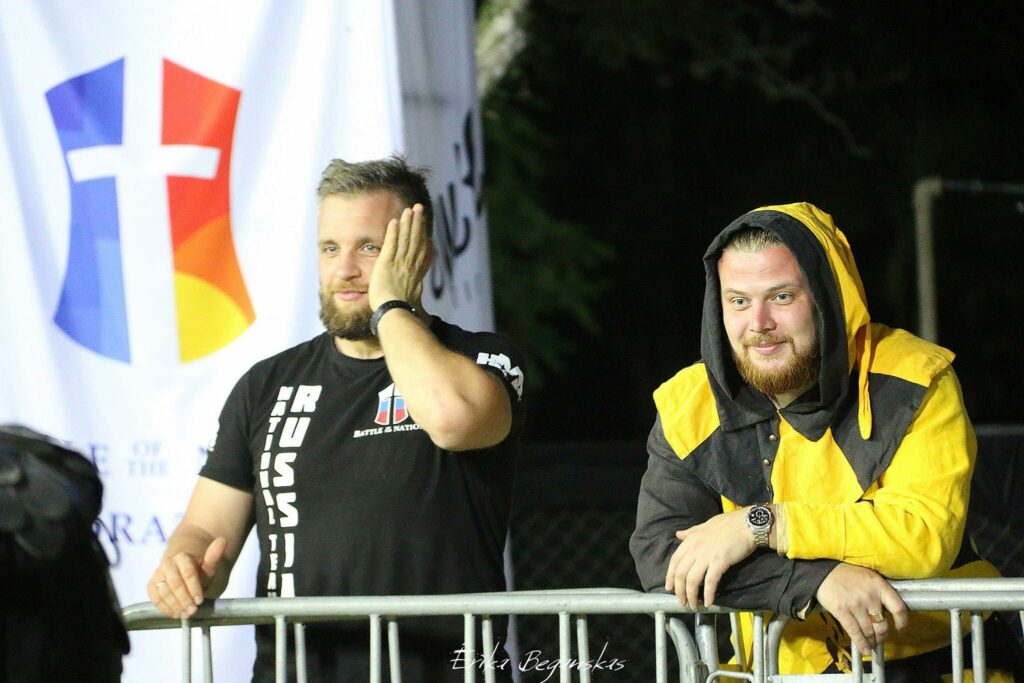 Daniel Felipe:
“I think the most important lesson for fighters at the seminar was about How to train, sometimes restarting methods from zero. There were several basic learning that will improve much for open-minded experienced fighters. It is a great start for the new HMB athletes in this country”.

George Yurchak, HMBIA Knight marshal also had a workshop for the trainees marshals. He set up Daniel Felipe, Brazilian HMBIA certificated marshal, to prepare and train new marshals for the next year. His workshop was free for trainees so everyone could learn a bit from one of the most experienced Knight Marshals.

Such a quality of HMB events is a great step forward to HMB sport development. So, we thank Daniel Felipe for the interview and wish Brazilian fighters as many dynamic events as possible.